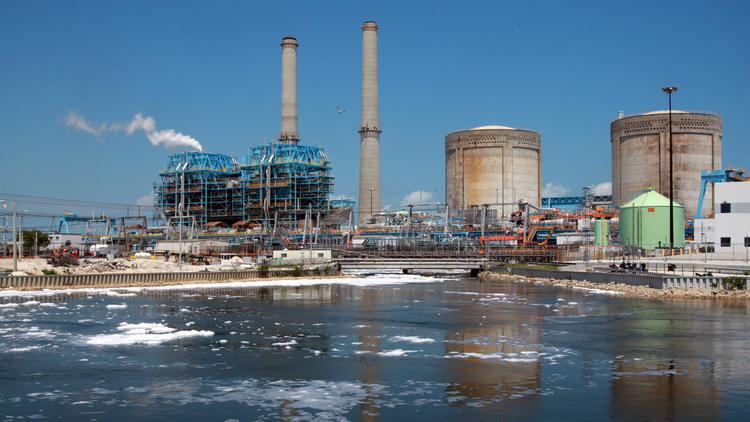 The Nuclear Regulatory Commission (NRC) is charged with evaluating abnormal releases of tritium-contaminated water from nuclear power plants, especially if groundwater contamination is involved. The NRC maintains that it has “repeatedly determined these releases either remain on power plant property or involve such low offsite levels of tritium that they do not affect public health and safety.”

Based on recent water sampling tests, a radioactive tracer detected up to 215 normal levels near canals of South Florida’s Turkey Point Nuclear Power Plant. The impact of these leaks on groundwater and nearby surface water can only be the subject of speculation without more specific information, but should still be cause for concern. For example, public officials downplayed the impact of a tritium leak detected in New York’s Indian Point Energy Center last month. New York Governor Andrew Cuomo’s office released a statement that emphasized that the leak did not pose a public health threat.

In a study released last week by Miami-Dade County Mayor Carlos Gimenez, water sampling in December and January shows elevated levels of this substance seeping into nearby national park area of the landmark Biscayne Bay region. Florida officials have been slow-moving in their response to this leak. A press conference is expected next week.

Under the Safe Drinking Water Act, the EPA sets federal limits for drinking water contaminants. Water suppliers must provide water that meets these standards, called maximum contaminant levels. NRC’s Backgrounder on Tritium, Radiation Protection Limits, and Drinking Water Standards considers the EPA’s calculations for safe drinking water. The requirements for safe drinking water for humans are higher than those for the safety and welfare of marine and aquatic wildlife.

In 1991, EPA used improved calculations to conclude a tritium concentration of 60,900 pCi/L would yield a 4 mrem per year dose. However, EPA kept the 20,000 pCi/L value for tritium in its latest regulations. The EPA’s dose-based drinking water standard of 4 mrem per year is based on a maximum contaminant level of 20,000 picocuries per liter (pCi/L) for tritium. If other similar radioactive materials are also present in the drinking water, the annual dose from all the materials combined shall not exceed 4 mrem per year. This standard was expected to be exceeded only in extraordinary circumstances.

Note that picocurie (pCi) is a term that scientists use to describe how much radiation and, therefore, how much tritium, is in the water. A pCi is a unit that can be directly measured by laboratory tests.

The Miami Herald notes that the report fails to address risks to the public or marine life, but elevated tritium levels can indicate nuclear power plant leaks or spills. The study comes just a few weeks after a Tallahassee judge ordered the utility and the state to clean up the nuclear plant’s cooling canals. The court found that the utility and the state had caused a massive underground saltwater plume to migrate west, threatening a well field that supplies drinking water to the Florida Keys. The judge also found the state failed to address the pollution issues in its management plan.

The Miami-Dade County report combined with the earlier court ruling are disconcerting. This evidence shows that the canals are running too hot and hyper-saline and causing water pollution. The report considers long term monitoring data, which illustrates that water quality within the Cooling Canal System of the nuclear power plant has “deteriorated over time.” The Report on Recent Biscayne Bay Water Quality Observations associated with the Florida Power & Light (FPL) Turkey Point Cooling System Operations is unequivocal:

FPL is required to address these clean water violations, which are causing groundwater and surface waters tidally connected to Biscayne Bay. While additional testing is underway, the nuclear power plant is leaking and has been for quite a few months.  The report was prepared as a result of a request from Miami-Dade County Commissioner Levine Cava at the December 15, 2015, Board of County Commissioners Meeting. The impact of the surface water leaks on groundwater remains to be seen.

The same facility was placed in “hot standby” mode following a steam leak and automatic shutdown in 2014.